Currently, three HSR corridors that would connect major urban areas of the state are under various stages of development. The corridors include the Dallas to Fort Worth HSR, Dallas to Houston HSR, and Texas-Oklahoma Passenger Rail Study. With the advent of high-speed passenger rail service for the Dallas-Fort Worth region, major transportation and land use changes will occur. The manner in which these impacts are absorbed and mitigated will be critical to successful implementation of high-speed passenger rail service.

“As a region of 7 million people, which will grow to nearly 11 million by 2040, the Dallas-Fort Worth region must develop transportation options like high-speed rail to meet the needs of commuters and those traveling to or from other metropolitan areas,” said Kevin Feldt, AICP, program manager for NCTCOG. “The station area planning is important to the process because it’s how passengers will interface directly with the high-speed rail service and we’re pleased to be working with the LAN team on the downtown Dallas area study.”

This study is one of three procurement efforts, one for each station location, initiated by NCTCOG associated with the development of the Dallas to Fort Worth HSR, known as the Core Express Service (CES) corridor. (The other two study areas are Fort Worth and Arlington.) The Dallas HSR area planning study will assist NCTCOG, the City of Dallas and other agencies to:

“LAN is honored to support North Texas as we take steps to bring high-speed rail to our region,” said Chris Masters, P.E., LAN’s vice president of rail & transit. “This study is a critical step in assessing the compatibility of the various high speed rail programs and implementing a seamless regional rail system.”

LAN will be supported by sub-consultants AZTEC/TYPSA and LEO A DALY as specialty team members. AZTEC/TYPSA will draw on its expertise implementing high-speed rail projects around the world while LEO A DALY will provide land use/economic development services. The sub-consultant team also includes Bowman Engineering & Consulting, DRW Planning Studio and Civil Associates. The study will be completed in summer 2017. 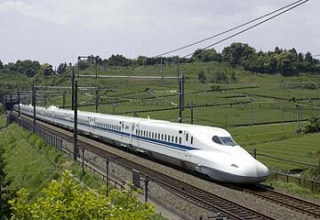