After last fortnight’s crushing winter weather, many local governments and water utilities are probably asking “what do I do now?” According to AccuWeather, the total economic impact from the winter storms could be as high as $50 billion. Following a Presidential Disaster Declaration, such as the one declared on February 19th for Texas, FEMA is providing several funding sources for impacted states. The Hazard Mitigation Grant Program (HMGP) is one such funding source.

What is a Hazard Mitigation Grant?
FEMA provides HMGP grant funding for projects that will reduce the long-term vulnerability to natural hazards such as hurricanes, floods, earthquakes, and severe winter storms, among others. In the case of a severe winter storm, an HMGP grant could be used to reduce the potential for damages or loss of life by winterizing generators and electrical systems. In the case of a flood-related disaster, HMGP funds might be used for drainage infrastructure projects or home elevations.

Why is HMGP important?
HMGP is an important program because it reduces future hazard vulnerability. Because it has happened before, a particular disaster is within the realm of possibility. This means it can occur again. After mitigation actions are undertaken, if the disaster occurs again, the severity of the results will be lessened. There will be less loss of life and less damage to property. The HMGP supports efforts that ensure that natural hazards do not become disastrous. 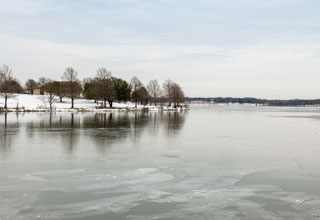