A civil engineer with more than 37 years of experience, Abbott has managed the operations of several organizations. Previously, he served as the president of RPS – Infrastructure, a global engineering and consulting services firm. Prior to that, he served Klotz Associates in various positions, including senior vice president and chief operations officer (Klotz Associates joined the RPS Group in 2015). He was with Klotz/RPS for 26 years. During this time, he helped the firm grow four-fold.

“Bill has a proven track record of spearheading a firm’s project delivery improvements and guiding it through growth and change,” said Wayne Swafford, P.E., LAN’s president. “I’m excited about the experience, ideas and energy he will bring as we continue growing our firm.”

During his career, Abbott has managed hundreds of infrastructure projects, including marine ports, bridges, roadways and drainage for clients such as the Texas Department of Transportation, Port of Houston, METRO, Harris and surrounding counties, and the City of Houston.

Abbott serves on the board of directors for the newly planned development district, The Village at Katy Development. Previously, he served on the ACEC Texas board of directors in Houston for several years. Abbott received his bachelor’s degree in civil engineering from Texas A&M University. He is a registered professional engineer in Texas. 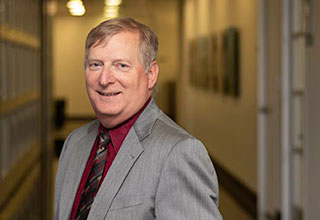