By Anna Dembowski and Tierra Smith

The Tomball ISD board of trustees voted Jan. 18 to select Lockwood, Andrews & Newnam, Inc. as the program manager for construction of a new elementary school, junior high campus and athletic stadium—projects included in the district’s $275 million bond referendum.

District residents approved the bond referendum in November to accommodate anticipated enrollment growth in the district.

The responsibilities for LAN, a Houston-based consulting firm, include scope development, design review, construction procurement and administration, scheduling and estimating, bidding and negotiations, budgeting, quality assurance and construction management, according to a Jan. 26 statement from LAN.

“We are looking forward to working with Tomball ISD to implement a program that will meet the district’s needs for the next 50 to 75 years,” LAN Vice President JP Grom said. “The program will provide Tomball’s students the environment and infrastructure needed to succeed in the 21st century.”

The district has not released a timeline on when projects may begin. However, TISD Chief Financial Officer Jim Ross said the district received a portion of the bond funds—about $150 million—in mid-January to begin construction. The two new school campuses—intended to relieve the growing student population at Willow Wood Junior High and Wildwood Elementary schools, respectively—will be among the first projects to begin construction, he said. 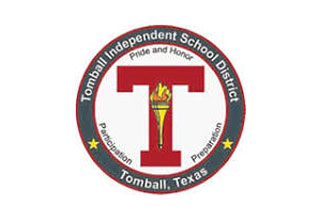