Work to build a new water transmission line from southeast Houston to League City and beyond will begin with design as early as this summer, with construction slated for late 2022, according to a press release from Lockwood, Andrews & Newnam Inc., an advisor for the project.

Houston is partnering with several nearby cities and water authorities—including League City, Clear Lake City Water Authority, Webster, Friendswood and Pasadena—to build a new line from the Southeast Water Purification Plant near Ellington Airport farther southeast to League City. The line will be capable of moving 75 million gallons daily, according to the release.

The project is coming just in time for League City, which struck a deal in October to secure an additional 20 million gallons daily that will transported from the plant by the new 54-inch line as the city continues to grow. Additionally, the existing nine-mile, 42-inch line is nearly 50 years old and in need of replacement, city officials said.

“The city of Houston is excited to work with the co-participants and consultants in replacing this critical piece of aging infrastructure to better serve the region for the next 50 years,” said Jeff Masek, an assistant director for Houston Public Works, in the release.

“The new transmission waterline will provide additional capacity and address the long-term water needs of a region that has a seen a lot of new development in recent years and continues to grow at a rapid pace,” said Melissa Mack, vice president of Lockwood, Andrews & Newnam Inc., in the release. 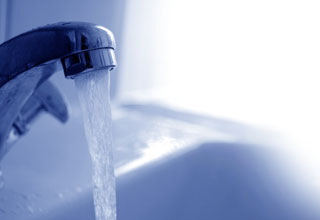