Texas’ most vulnerable stretch of coastline is along the Houston-Galveston area, which hosts a slew of refineries, oil tanks and other critical infrastructure. But nine years after Hurricane Ike, which left $29.5 billion of damages in its wake, no projects are in the ground. Time and effort has been focused on research to address the combined effects of sea-level rise, subsidence and storm surge.

Despite Ike’s effects, Houston didn’t bear the full brunt of the storm. The ship channel, for example, saw storm surge of 13 ft—just under its 15-ft elevation.

Meanwhile, data collected in Galveston since 1908 by the National Oceanic and Atmospheric Administration indicate a relative sea-level rise of about 2 ft per 100 years, which could have massive implications given the region’s limited 50 ft to 100 ft of elevation. 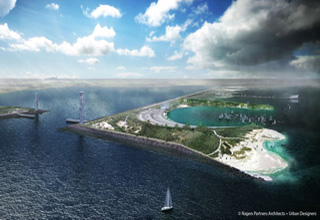