Tomball ISD announced plans to hold ribbon cutting ceremonies for two of its upcoming facilities, the district announced in a press release.

The ribbon cutting ceremony and convocation for the new Tomball ISD Stadium and community center is scheduled to be held Monday, August 9 at 8:30 a.m., at 20235 Cypress Rosehill.

Construction on the new multi-purpose stadium started in the fall of 2019 with partners Lockwood, Andrews & Newnam, Inc. (LAN) and was projected to be completed early June. Furthermore, the two-level event center is supposed to have the biggest community room in the Tomball area, housing up to 600 individuals.

The 10,000-seat stadium will feature high-level technology such as synthetic turf with a special pad under it to provide safety and reduce injuries, limited WIFI for guests, a 36-foot by 52-foot Daktronics scoreboard, a one-level press box and monitors that will have access to live feeds during games. 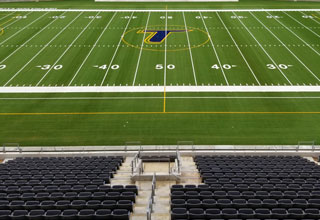