The firm was now off and running with a constantly increasing number of jobs and an ever-increasing list of clients. A major 1950s project was the intake structure and main pumping station at Lake Houston with 12 miles of concrete-lined canal from the pumping station to the city’s treatment plant. Other projects included master plans for the Port of Houston and Port of Galveston and master plans for Strategic Air Command Bases in several states. The company also completed projects on other military bases, including the Naval Air Station at Corpus Christi, Texas. 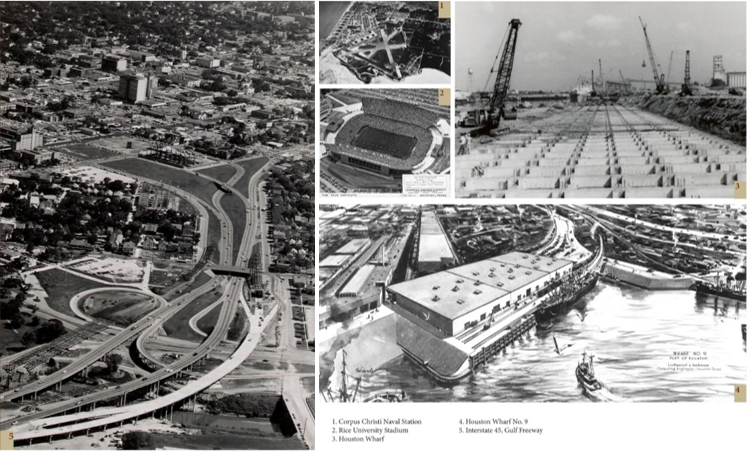