With the growth of the firm, Mason Lockwood and Bill Andrews realized they needed additional help to run it. Frank H. Newnam, Jr., a classmate of Bill Andrews at Texas A&M, had been Chief of the Engineering Division at the Galveston District, US Army Corps of Engineers and subsequently, Chief Engineer at the China Theatre. He joined the firm as a partner in 1946.

Frank Newnam was a civil engineer and provided the varied expertise Mason Lockwood wanted to expand the firm in diverse directions. During the war years, Mason Lockwood was increasingly involved in directing civil projects and projects that included multiple fields of engineering. Frank Newnam relieved him of some of that load, enabling Lockwood to spend more time directing the firm, although all three partners continued to direct projects.

With its growing capacities and abilities in the period shortly after World War II, the firm took on work for ports, municipalities, other government agencies, industries and institutions. Projects included several very large incinerators for the City of Houston, a section of the Gulf Freeway and wharves for the Port of Houston.

Over the next few years, the firm did all the design for the major expansion of the Hughes Tool Company Plant in Houston. The plant expansion of Cameron Iron Works in Houston and other industrial clients were similarly handled. The firm was part of a joint venture that designed Rice Stadium at Rice University. Its part was the electrical design, including the field lighting, and civil and mechanical design, including control of groundwater in order to permit the use of a sunken playing field. 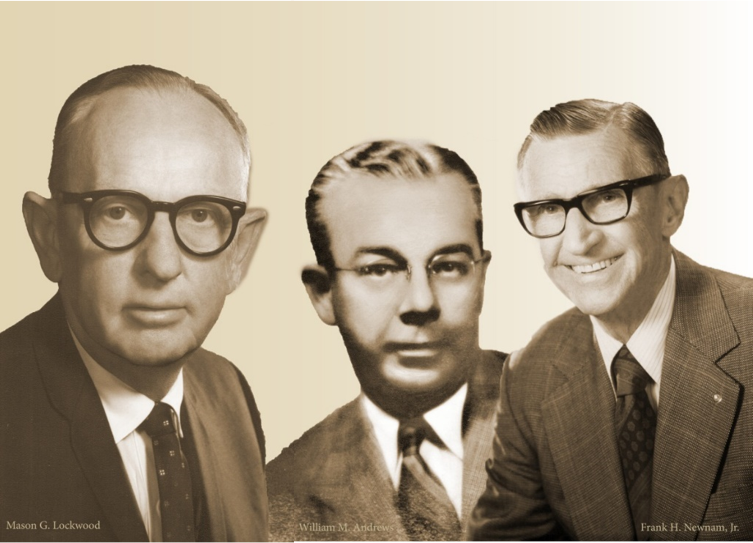