Springtime is a season for renewal, and for downtown San Antonio that means the beautification and renovation of two major downtown streets. The reconstruction of N. Main Avenue and Soledad Street is now underway between Pecan and Navarro.

The renovation is part of the City’s $850 million Bond Package passed by voters in 2017. For the N. Main and Soledad project, the City’s Public Works Department, who will be managing the project contracted Lockwood, Andrews and Newnam, Inc. (LAN) to engineer, design and manage the overall modernization effort. In addition to repaving the aging roadways, drainage will be improved and water and sewer lines that run under the streets will be repaired or replaced.

Bob Austin, Vice President with LAN, says, “Work isn’t just being done on the surface. Below, ground storm sewers are being upgraded. If necessary, utility lines are also being moved, and adjusted.” The project includes relocation and rehabilitation of more than 3,500 linear feet of water and sewer main, some of which dates to the turn of the previous century.

Austin, who is overseeing the project, says examining the area has led to interesting discoveries. “Some of the finds include a historic rail line under the existing pavement and an early brick sanitary sewer line.” In a city that dates to the Spanish Colonial period, LAN engineers and designers are ensuring these features of historic and cultural significance remain intact. “We’re making sure they are preserved and unharmed”, Austin continues. “We’ve been careful to design the project to accommodate historic buildings and their basements along the corridor that extend into the right of way. We’ve also had to accommodate the tunnel from a parking garage to a hotel.” 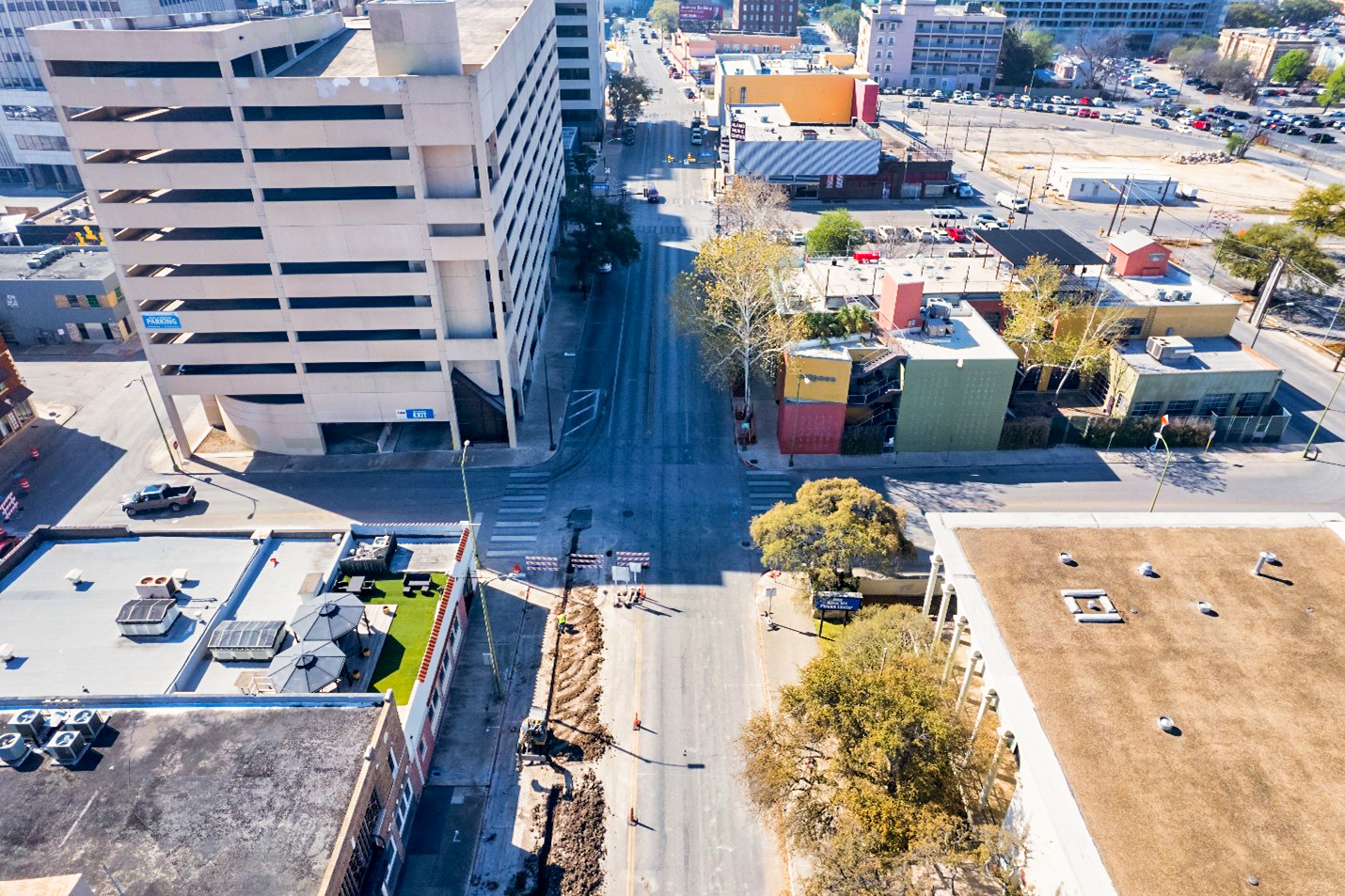