Join us in congratulating Ricky Gonzalez for being honored as the Hispanic Engineer of the Year at the Houston Hispanic Architects & Engineers Inaugural Fundraiser Gala!

Ricky Gonzalez is Team Leader of Houston’s Municipal/Roadway group and specializes in complex urban street projects. While working with various TIRZ and management districts for the last eight years, Ricky has provided major infrastructure upgrades around Houston to help spark growth and redevelopment. He is currently involved with METRO’s Universal Accessibly initiative where he offers his expertise to improve community access across hundreds of METRO’s bus stops.

Roberto Treviño, P.E., Executive Director of Harris County Toll Road Authority, presented the award to Ricky. Roberto emphasized Ricky’s reputation as a trusted name in the Houston engineering community over the past 30 years and his commitment to career growth opportunities for the next generation of engineers.

HHAE aims to organize and unite the architects and engineers of the Houston Metropolitan Area. Since its inception, HHAE has grown to its present membership, composed of the majority of the Hispanic Architectural and Engineering firms in the Houston area. LAN also served as a Plata sponsor for the inaugural gala. 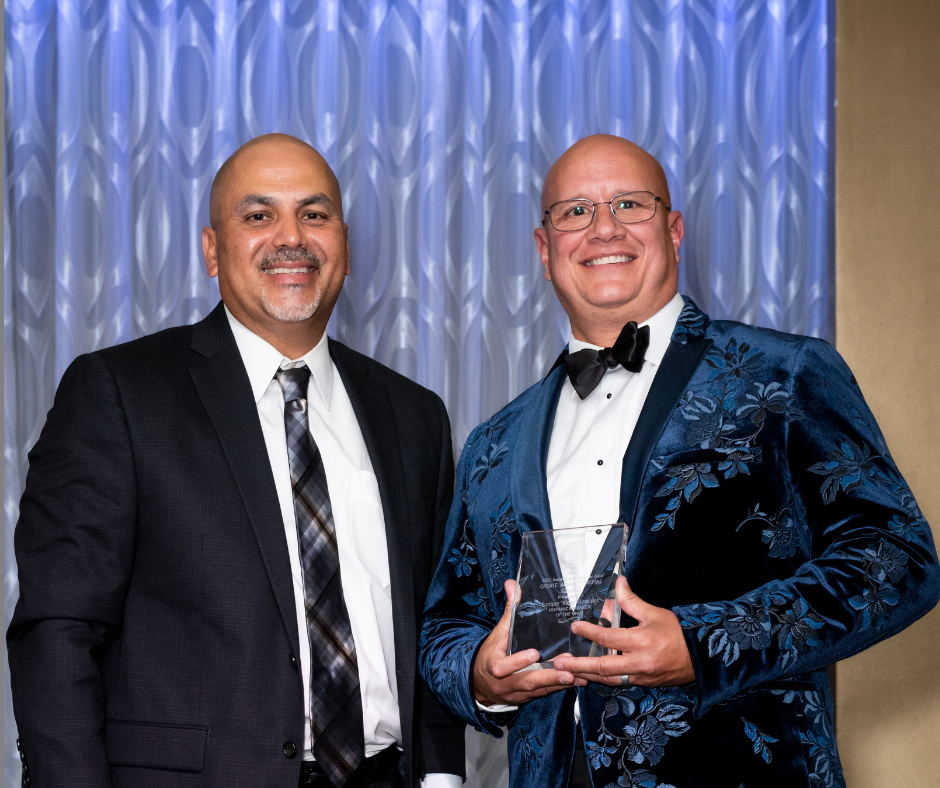