LAN was hired by the North Texas Municipal Water District to design a redevelopment of their Wallace Street pump station and ground storage tank. The Wallace Street pump station was identified as requiring a new ground storage tank and full replacement of the antiquated pump station in place in an effort to increase operating pressures in the District’s transmission system. However, upon reviewing the District’s master plan and system hydraulics, LAN determined that the required pressure could better be provided with other planned facilities.

With the new system hydraulics, rather than replacing the station in full, the site was redeveloped with improvements including design and construction of a new metering station at the customer delivery point. This required several adjustments to station yard piping, where LAN designed pipeline improvements and valving to be constructed within a 72-hour construction window in order to prevent any disruption to customers. Additionally, following an internal condition assessment, the existing ground storage tank was rehabilitated in full, including replacement of all sealants on the interior. The existing pump station was decommissioned, with all internal equipment salvaged or disposed of and the structure demolished.

The hydraulic evaluation and identification of an alternative operating sequence removed the need for pump station replacement, resulting in more than $7 million in total program savings.

Design of a new metering station and vault

Demolition of the existing pump station required hazardous material testing and abatement, equipment removal and salvaging, and sequencing construction so as not to interrupt service at the customer delivery point 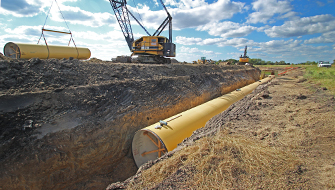 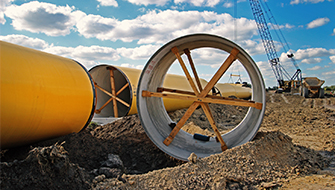