The My 35 Central Texas Expansion project began as a citizen-driven planning process to improve the IH- 35 corridor from Laredo to the Oklahoma border. The Central Texas portion of the expansion project will improve 96 miles of IH-35 from Salado to Hillsboro, and is divided into 14 sections. The last section to be completed is 2B, a dense 6-mile urban corridor through the City of Temple. LAN was the lead right-of-way acquisition consultant to TxDOT on a two-mile urban corridor portion of section 2B. The project included the acquisition of 143 parcels of land and relocation of 90 businesses, 56 residences, and 17 billboards.

The acquisition of 143 parcels in a short time frame exemplifies LAN’s principle of early title curative investigation. Prior to initiation of negotiations for Parcel 47, we identified a 99-year ground lease with an option to purchase. The assignees of the lease could not be found. We interviewed the landowner, researched property records, and developed an affidavit acceptable to the title underwriter, allowing the lease to be removed as an exception to the title policy. This allowed closing to proceed quickly after the landowner signed a deed, preventing significant delay had the issue been addressed after negotiations began. 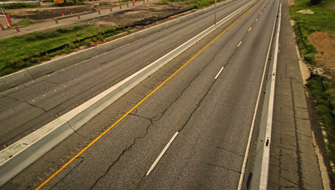 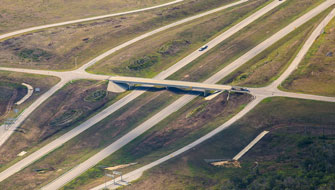