When golfers lost interest in playing the greens and fairways of Clear Lake (Texas) Golf Course in the early 2000s, its owner looked to sell the Houston-area property for redevelopment. That would have been par for a course, but the Clear Lake City Water Authority had other plans.

After area residents appealed to the City Water Authority to somehow preserve the green space, a movement began to transform the old golf acreage into an eco-friendly public park. Seventeen years later, a facility dubbed “Exploration Green” is in the final stages of creation. What once was a duffer’s delight with a water hazard or two is now a nearly 180-acre stormwater detention facility featuring five ponds, islands of bird habitat, water-filtering wetlands, athletic fields and miles of walking/biking trails.

What Clear Lake residents don’t see as much these days is flooding. Exploration Green is doing its job. 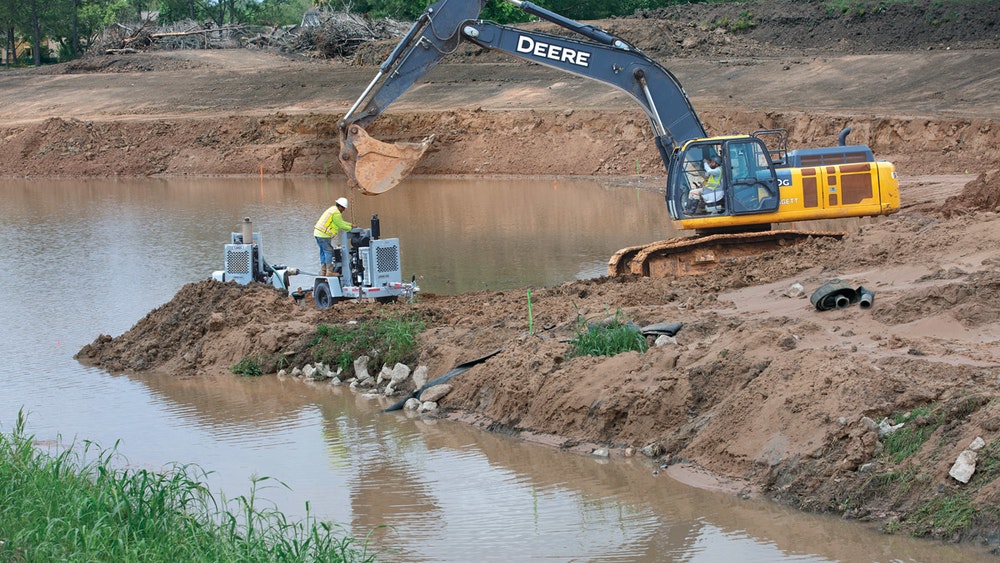