Although the Upper Trinity Regional Water District in Denton County, Texas, just north of Dallas, currently enjoys a roughly 8,000 acre ft surplus annually of drinking water, the county is growing quickly and would likely lose that water surplus by 2025 — if not for the district’s long-term planning, says Edward M. Motley, P.E., M.ASCE, the program manager of the district’s Lake Ralph Hall reservoir project. But thanks to the district’s foresight, which included starting plans for a new reservoir more than 20 years ago, the residents of Denton and nearby Collin and Fannin counties will have access by 2026 to an estimated 185,000 acre ft of new water storage in Lake Ralph Hall, yielding about 39,000 acre ft per year of new supply, Motley explains.

Located in Fannin County, about 80 mi east of the Denton region, Lake Ralph Hall will be just the second major new reservoir constructed in Texas over the past 30 years or so. The other, Bois d’Arc Lake, is also located in Fannin County and expected to become fully operational sometime next year. 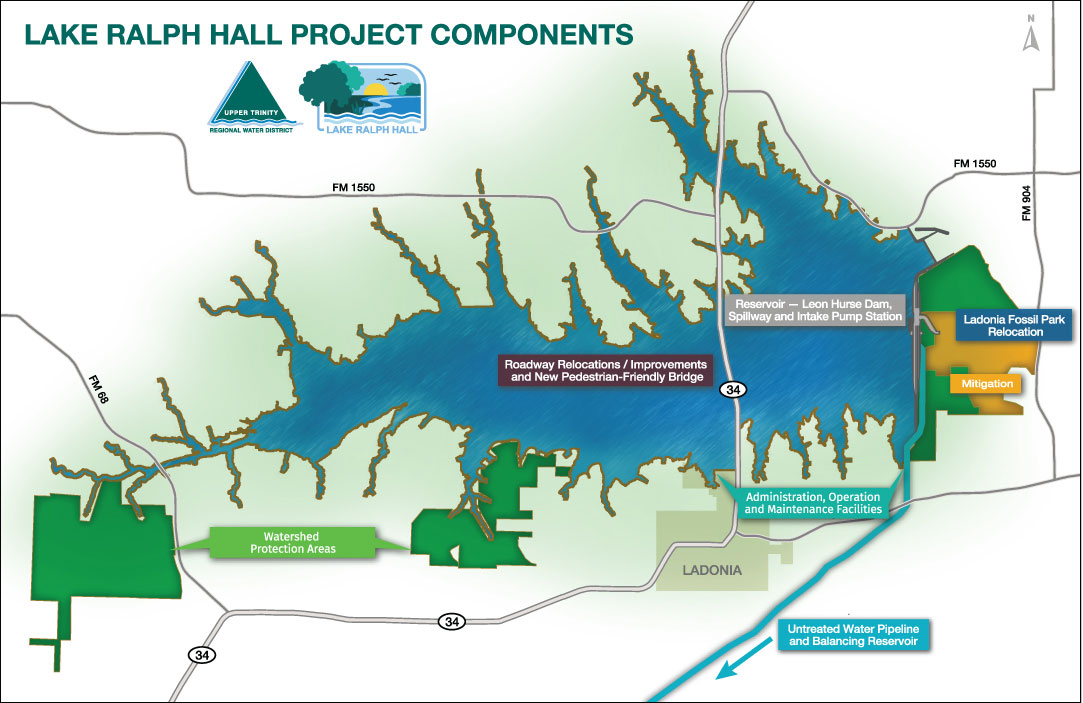