Houston is in growth mode. The city’s population, which currently sits at roughly 6.8 million as of March 2018, is expected to surpass 10 million residents by 2040, according to the Greater Houston Partnership.

But with that growth comes a need for infrastructure improvements, such as flood mitigation and improved roadways.

Wayne Swafford is president of Houston-based Lockwood, Andrews & Newnam Inc., one of the largest civil and structural engineer firms in the city. LAN was founded in Houston in 1935 and became a subsidiary of its parent company, Omaha, Nebraska-based Leo A Daly, in 1991. Swafford joined the company in 2017 and was promoted to president the next year. Before LAN, his 30-year career included stints at Kaiser Foundation Health Plan Inc. and AECOM Technology Corp.

LAN has almost 20 offices across the U.S. with the majority located in Texas. Roughly 50 percent of LAN’s business comes from Houston-oriented projects, Swafford told the Houston Business Journal. The most significant Houston project the company is currently working on a multimillion-dollar contract it was awarded for the city of Houston’s water transmission program, which transmits water from water treatment plants to distribution systems. 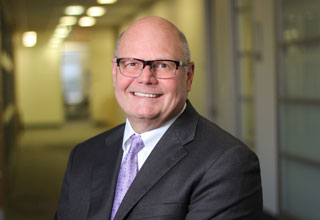