Over the past decades, Houston Public Works has been making improvements at 80 of the city’s existing groundwater facilities and six re-pump stations. Ownership and operations of these facilities were later transferred to the City of Houston, and the improvements — which produce more than 200 MGD — have helped the City meet its customers’ water demands. Read more from Melissa Mack and City of Houston Supervising Engineer Tina Yao. 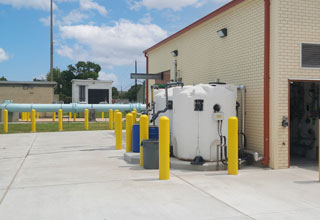