The American Society of Civil Engineers (ASCE) has selected Lockwood, Andrews & Newnam’s (LAN) engineer George F. Ruchti as the 2020 recipient of the Stephen D. Bechtel Pipeline Engineering Award. This prestigious award is presented to an ASCE member who has made outstanding contributions to the advancement of pipeline engineering, either in research, planning, design or construction.

“George’s contributions to pipeline engineering for more than half a century have left a lasting mark on the industry and inspired pipeline engineers throughout the country,” said LAN president Wayne Swafford, P.E. “This award is a fitting tribute to his service.”

Ruchti’s contributions include serving national organizations in various technical committees. He is an honorary life member of the American Water Works Association and received the “Man of Steel” award from its advisory committee in 2009. He presently serves on the organization’s steel pipe committee. A member of the ASCE pipeline division since 1990, Ruchti served as its chair in 2004 and received the division’s 2005 Award of Excellence. He served as the chair and editor of Manual of Practice 134, Water Pipeline Condition Assessment, and chair of Blue-Ribbon Committee for Manual of Practice 117, Inspecting Pipeline Installation. He also served on the Water Research Foundation Project 4498 Advisory Committee for Potable Water Pipe Condition Rating. In addition, he served the Steel Tank Institute/Steel Plate Fabricators Association for several years, including seven years as chair of the Steel Pipe Committee and six years as a board of director. Upon his retirement, the association bestowed the Hall of Fame award.

Ruchti’s other notable accomplishments include publishing papers on pipeline issues and presenting them from coast to coast. Furthermore, he has guest lectured at West Virginia University, University of Houston and Utah State University on topics such as corrosion control methods for steel pipe, and pipeline construction and rehabilitation in major cities.

Ruchti graduated with a bachelor’s degree in civil engineering in 1964 from New England College, N.H. 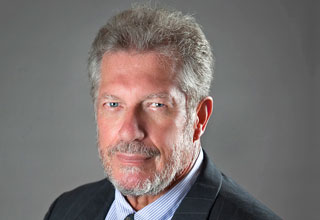